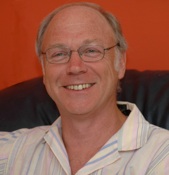 Steven Gellman was born in Toronto in 1947. At an early age he showed great musical talent and received a strong and thorough foundation under the instruction of Dr. Samuel Dolin. Throughout his teenage years he appeared frequently as a pianist and composer. Notably at the age of 16, he appeared as soloist with the CBC Symphony Orchestra under Boyd Neel in his own Concerto for Piano and Orchestra.

In 1964 Steven Gellman was the first Canadian winner of the International BMI award. Further studies followed, at the Juilliard School in New York, with Vincent Persichetti and Luciano Berio , and at the Paris Conservatoire with Olivier Messiaen from 1973-76, where he was awarded the Premier Prix.

In 1970 he won the UNESCO prize for “the best work by a composer under the age of 25”, for “Mythos” for flute and string quartet.

One of Gellman’s most extensive works, Chori, was premiered by the Toronto Symphony in 1975. Since his return to Canada in 1976 Gellman has been Professor of Composition and Theory at the University of Ottawa. During the late 70’s he composed several pieces for piano including Poeme, for Angela Hewitt; Wind Music, commissioned by the Canadian Brass; Dialogue for horn solo; and Dialogue II for flute and piano.

In 1978 Gellman received a commission from the French Government to compose a work for the Festival de Besancon, France, in honour of Oliver Messiaen’s 70th Birthday. The result, Deux Tapisseries for 15 players, was given its premiere on September 11, 1978, in Besancon by the Ars Nova Ensemble conducted by Marius Constant; it was given a repeat performance one month later in Paris.

Gellman’s expertise in the area of orchestral music triggered a commission from the Toronto Symphony to compose Awakening in 1983, a short concert overture moving from darkness to light, chaos to order, through a gradual accumulation of energy. The work was one of the three introduced during the orchestra’s first season in Roy Thompson Hall. In the spring of 1983, it was featured by the orchestra during a major tour throughout Europe.

In 1986, the Toronto Symphony unveiled another newly commissioned Gellman opus, Universe Symphony, featuring the synthesizers of the Canadian Electronic Ensemble as soloists with the orchestra under conductor Andrew Davis. A performance later that year at Expo 86 in Vancouver, featured the Vancouver Symphony. Further performances followed, at the Festival de Lanaudiere with the Orchestre Metropolitain de Montreal and in Ottawa with the Ottawa Symphony. Composed with the aid of funding from both the Canada Council and the Ontario Arts Council, this ambitious work in five movements features many lyrical episodes framing a driving, energy-raising Scherzo culminating in an improvisation from the soloists. It is dedicated “to all beings in the aspiration for World Peace”. Universe Symphony brought further international recognition with Steven Gellman being named Canadian Composer of the Year in 1987.

In the wake of Universe Symphony, Jon Kimura Parker commissioned Steven Gellman to compose a work for him. The result was: “Keyboard Triptych” for Piano/ Synthesizer with which Parker toured Canada, the U.S and Britain.

Since then Gellman has composed a wide variety of works, including Love’s Garden, for Soprano and Orchestra; Canticles of Saint Francis, for Choir and Orchestra, for the 150th anniversary of the Red Cross; a second Piano Concerto;Burnt Offerings for String Orchestra; Musica Eterna, for String Quartet; Red Shoes (for the S.M.C.Q.); Chiaroscuro; Album for Piano (published by Frederick Harris Co.); Sonata for Cello and Piano; the Jaya Overture (for the N.A.C.O.) and Fanfare for the New Millennium, among others. Gellman’s Piano Quartet(commissioned by Radio Canada) received its world premiere on April 3, 2004 in Montreal, performed by Musica Camerata. His Viola Concerto received its world premiere on January 29, 2007 at the National Arts Centre in Ottawa. “Musings” for Piano Trio was premiered by the Gryphon Trio at The Ottawa International Chamber Music Festival, summer 2009.

Steven Gellman lives in Ottawa with his wife, Cheryl, a painter. They have two grown children, Dana and Misha.

Reviews and Comments from the Press

“The Gellman work [Symphony in two movements] sounded as impressive as it did in July…There is the great preoccupation with tone and color and texture, and the pride of the work is the second movement, a sort of slow scherzo which works powerful magic.”

“From the first notes of Steven Gellman’s Symphony in Two Movements, Mr. Akiyama seemed to draw sound from the musicians as one spins yarn from wool…There are lyric runs on the harp and piano, but they seem most forcefully to underline the mood of some vast, deep and mysterious place, like an underworld in the Greek mythological sense…But though the work is decidedly contemporary it is nonetheless immediately accessible.”

“Like patterns on a flowing back-drop, Deux Tapisseries offers caressing harmonies, an affable formality and an array of sensual colors…The audience, whose attitude toward contemporary music is generally negative, appreciated it very much – and they made it clear they found Gellman’s style moving.”

“The bold opening was Steven Gellman’s especially commissioned piece,Awakening… a powerful and colorful work ideal for showing off the orchestra’s virtuosity.”

“This work gives evidence of an impeccable mastery of the composer’s métier, and Gellman proves himself to be an outstanding authority on the modern orchestra.”

“The Toronto Symphony reveals the richness of its sound from the outset in Awakening… a work which eloquently conveys an ‘awakening’ on a cosmic scale.”

“…music of great space…energy, contrasts, diversity, daring, harmonization, subtle effects (never unwarranted), refined tonal qualities: a work unyielding and without complacency, but also without ‘intellectualism’. In short, a composer to be discovered.”

“Technically, the work [em>Universe Symphony] is challenging, the imaginative scope is vast, and the texture is rich with the color both of light and ambient sound, so that the whole stage and indeed the hall itself became a chromatic instrument… The five movements yield a compelling insight into inner space, where dramatic tension is as rarified as the air…it is single-minded, with the material and its working-out kept in fine proportion.”

“Steven Gellman’s Universe Symphony is the finest music ever produced by a Canadian composer. And I can’t dispute conductor Peter McCoppin’s view that the 50 minute work is the most important music produced anywhere in the past 30 years.”

The work is one of his more important creative excursions. On a single hearing one got the impression that repeat performances would make the music seem even more interesting and evocative, something all too rare with so much of the contemporary music being produced today.”

“Steven Gellman’s Jaya Overture is a concise and relatively simple work of immediate appeal. It was inspired by a trip to Tibet, which precipitated in him “a powerful wish that all beings become free of oppression, both outer and inner.” … This overture may stand a chance of entering the repertoire of many Canadian orchestras.”

“Many of those who heard this work (Universe Symphony) years ago proclaimed it a masterpiece, and few in Monday’s audience would disagree……it is gripping in a way that more melodic symphonies only occasionally achieve. If it evokes the cold majesty of outer space, it also evokes the subtlest depths of the space within us.”

“…One could scarcely miss the many felicities of the Viola Concerto. Poised and imaginative, it should make a welcome addition to the limited concerto repertoire for the viola. Once a performance tradition comes into being for this concerto it will sound even more persuasive …”

“One of the highlights of this year’s Ottawa International Chamber Music Festival was the excellent performance of Steven Gellman’s fabulous Piano Quartet.”